On the GMO Explained article, we found that the EU Commission, declaring :

➜ The production respects nature.
➜ The products are produced in a sustainable way.
➜ The operators of organic production are controlled once per year by control bodies to ensure that they respect all organic rules and all health and consumer protection rules.
➜ Farm animals are freely grazing in the open-air and they are treated according to enhanced animal welfare conditions.
➜ Genetically modified organisms are not allowed in organic agriculture.
➜ For food, there are strict limitations to the use of chemical pesticides and fertilisers, antibiotics
➜ Organic agriculture strictly limits the use of food additives and processing aids and other inputs.
➜ Most of the inputs for farm production come from the farm itself using local resources and local knowledge.
➜ Each and every time you buy an organic product from your supermarket, or choose an organic wine at your favourite restaurant, you can be sure they were produced according to strict rules aimed at respecting the environment and animal welfare. (src)

Who guarantees is organic ?

A product can be considered organic if it has the relevant indication attesting the organic production method in accordance with the rules written in Regulation (EC) No. 834/2007, 889/2008 and Reg. (EU) 271/2010. These regulations concern organic crops, aquaculture and stock-farming.

The general format of the code number is AB-CDE-999, where AB is the ISO code of the country where the checks take place, CDE is a term establishing a link with the organic production, such as “bio” or “org” or “eko” (their derivatives or diminutives, alone or combined, may be used throughout the Community language) and 999 is a reference number of control body.

You should find on every organic product’s label, the code number of the control body (is the organic certification, organisation) responsible for the checks on the operator who carried out the last operation. One control body can support many companies and products. For example if we do a search for the code number appears on the screenshot, we will see that exists to 180 products. These products certified by one control body.

The code number is a proof that the product was produced or processed in accordance with the organic regulation requirements. (src)

You can search the code number appears on the screenshot at EU Commission site, by going here or click here and clicking at left ‘actual list’ or ‘control bodies from member states’, and find the control body of this.

How to Know If Your Fruits and Vegetables Are Organic?

If you’re like most people, you buy fruits and vegetables for health reasons, and here’s where accurate labeling is key. If you want to know if the product you’re purchasing is truly organic, look at the Price Look Up (PLU) sticker. If the produce is organic, the code will contain five-digits beginning with the number 9. Nonorganic counterparts will have four digits. For example, organically grown bananas will be 94011, compared to 4011 for those treated with chemicals and pesticides. A five-digit PLU beginning with the number 8 means the item is genetically modified, which some research indicates may pose health risks. (src)

The PLU system is voluntary and based on business needs and nothing else, some items will be marked with PLU codes while others are not.

How to Know If Your Eggs Are Organic? 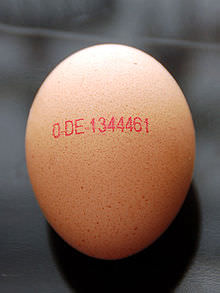 The European Union has defined an egg code that consists of :

The egg stamp is required in the EU on all class A eggs unless these are sold directly on the farm.

The first number of the egg code defines four levels of production quality in decreasing order :

The mark on organic egg production as level 0 might indicate that there is nothing better than that. However it does not indicate sustainable agriculture where hens are fed from the organic farm alone. (src) 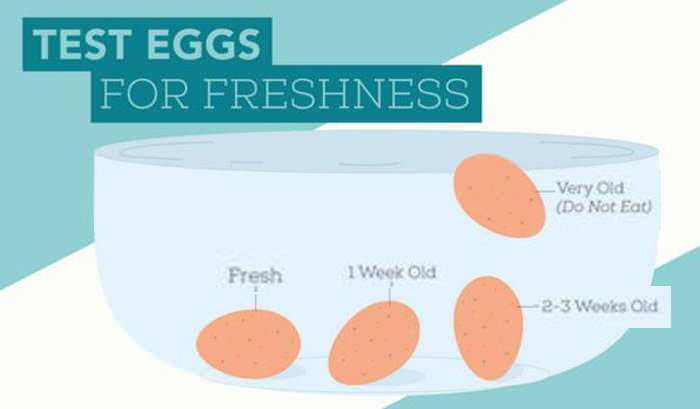 The Science of Boiling an Egg

The protein in egg white turns solid at between 61c and 65c, whereas the protein in egg yolk does not set until you get to 66c to 70c. So, to soft boil an egg, put the egg in water held at exactly 65c. The egg white will set but the egg yolk will remain runny. You will have the perfectly cooked egg every time. The only drawback of this method is that you need to leave the egg in the water for about an hour and a half. src 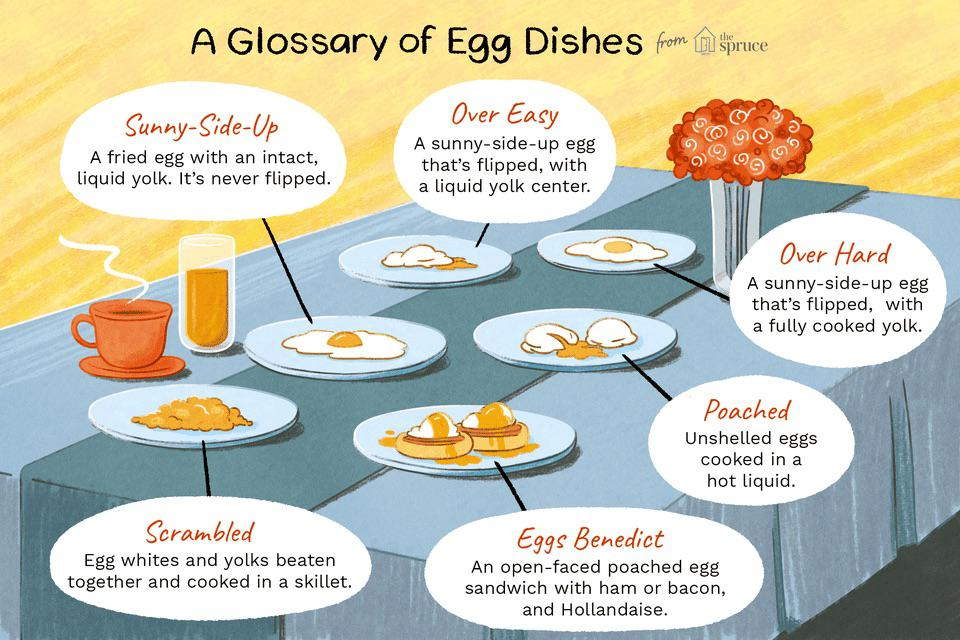 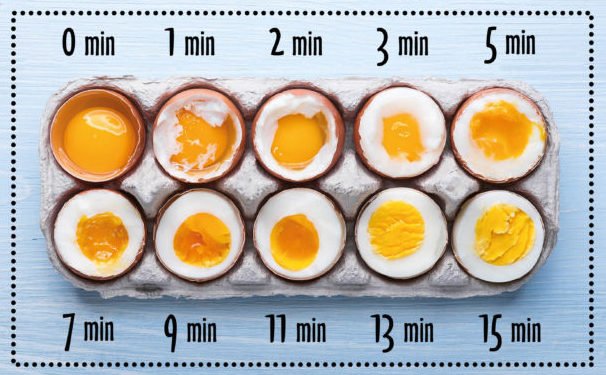 The reason eggs are refrigerated in the US, unlike most of the world, is because eggs are washed which removes the natural barrier for bacteria. (src)